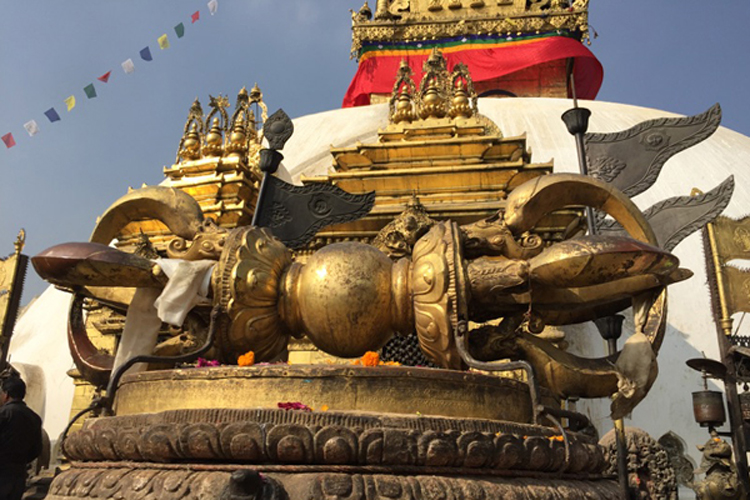 I like the vibe in Nepal – the energy is hypnotic. As you arrive at the airport you are at once caught up with the busyness – with many peoples of various cultures vying for the visa kiosks (you can get your visa upon arrival) The time goes quickly and before you know it you are out of the airport and into the bustling terminal. I saw my guide among the throngs of people jumping up with a sign to catch my attention. It is truly a sight to see! Once in the van we are hustled out the airport and onto the small crowded streets of Nepal heading towards the hotel. As I am whizzed through the streets I see people everywhere – in vans, motorcycles, bikes, buses and on foot. The traffic on the streets is incredible for the size of the city. Women’s flowing saris on the back of motorcycles carrying children and large packages amazes me as they maneuver through the streets. You’re immediately caught up in the life of the people who live here.

During the 1960’s and well into the 1980’s this was the place where the “hippie” generation made the pilgrimage to find themselves as they rejected materialism and money. The deep spirituality of the East provided the perfect outlet for self-discovery. 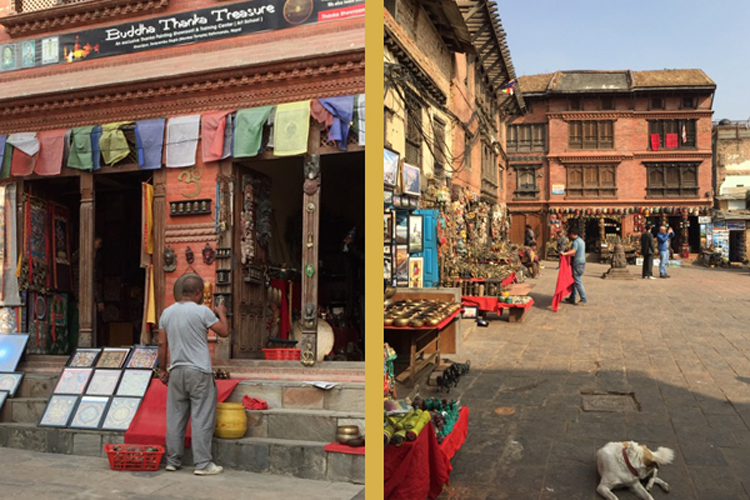 Upon arriving at the hotel, The Shanker, I am greeted by the friendliest of faces. The hotel is small and comfortable. This history of the hotel is quite interesting. Shanker hotel is a heritage hotel housed in a 19th Century palace. At a time it was the Royal residence of the rulers of Nepal from 1894 until 1964 when it was converted into a luxury hotel. The facade was kept intact however the interiors were redesigned. Some of the authentic objects of art have been preserved such as the caved windows displayed in the lobby bar that are hundreds of years old. The hotel boasts 23 rooms which are quite spacious and some of the outside grounds are being repaired caused by the damage of the earthquake that devastated most of the city in 2015. The meals are served in a huge old ballroom. I ate my breakfast there every morning and there was a selection of dishes—both Nepalese and American. The staff outdoes itself with excellent service. It is said that Mick Jagger stayed at the Shanker Hotel on his way to a Hindu wedding—his own.

The following day I was greeted at the hotel by my guide and driver. As we headed to the historical sites I am once again thrust into the maddeningly chaotic traffic. My first visit is the Monkey Temple. I had been to Nepal before and the temple, for the most part, was still pretty much intact. I could see some of the devastation of the earthquake but it was not quite as bad as the other places I was about to see. Vendors were out selling their wares and bargaining was the norm. 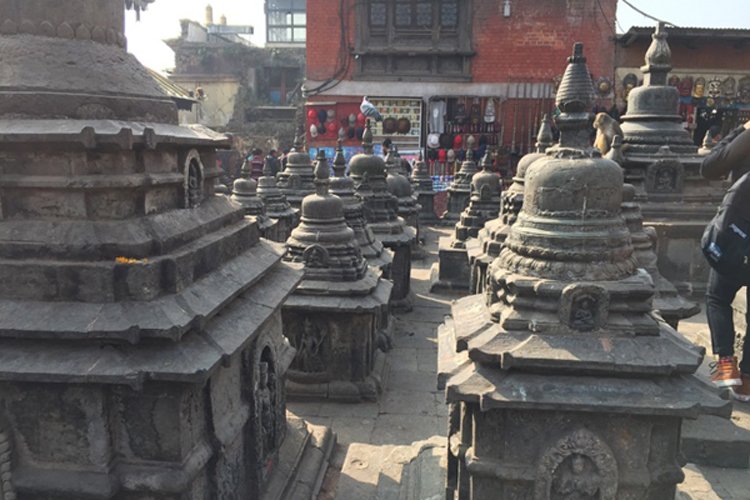 My next visit was the Durbar Square. I was taken aback by the devastation there. Once beautiful temples were now reduced to rubble. However it didn’t take away from the indomitable spirit of the people as repairs were underway everywhere.

After the visit to Durbar Square I had lunch at a wonderful rooftop restaurant near the Boudhanath Stupa. The lunch was a gastronomical delight as are all the restaurants in Nepal. I feasted on traditional cuisine as I looked over the Temple grounds. It was a warm day and I was feeling the pulse of this wonderful country. Afterwards I visited the Stupa which was restored to its regal standing. I could see the worshipers going around the giant Stupa performing their prayers as they’ve done for years. Many shops surrounded the Stupa with Tibetan as well as Nepali artifacts. A shopper’s delight!

That evening I went to a cultural dance show at a local restaurant. I must warn you that some of these shows can be kind of hokey. Make sure you ask your guide for one of the better ones. I went to one in a nice cozy restaurant where we sat on cushioned seats with music gently playing, being served many courses of delicious food and the performances were not intrusive and quite enjoyable.

The following day I went to the infamous Thamel Street—a dream for shoppers! This narrow street has the best shopping—jewelry, cashmere, rugs, beautiful handmade throws, and artwork. Again bargaining is the norm, and a must see if only to experience the market. 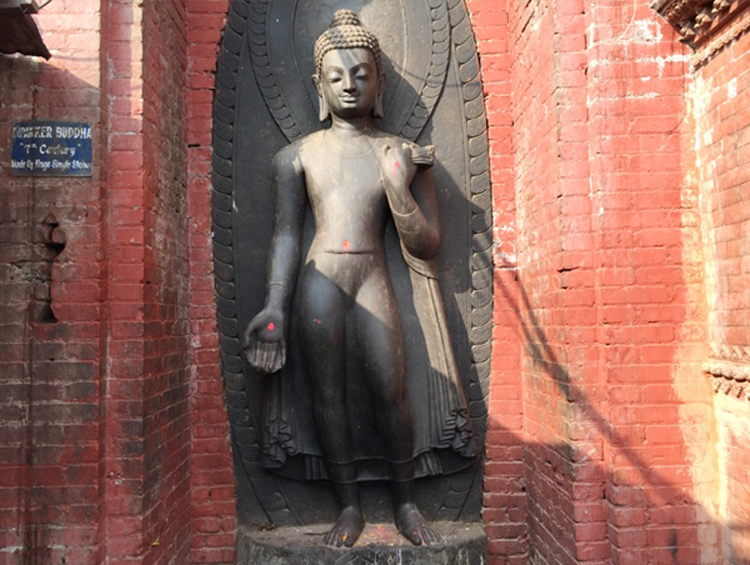 Overall, despite the devastation of the earthquake you can feel and see the resiliency of the people—the dining, the city, the people and the shopping are a good reason to definitely visit this country.

I love the vibes….