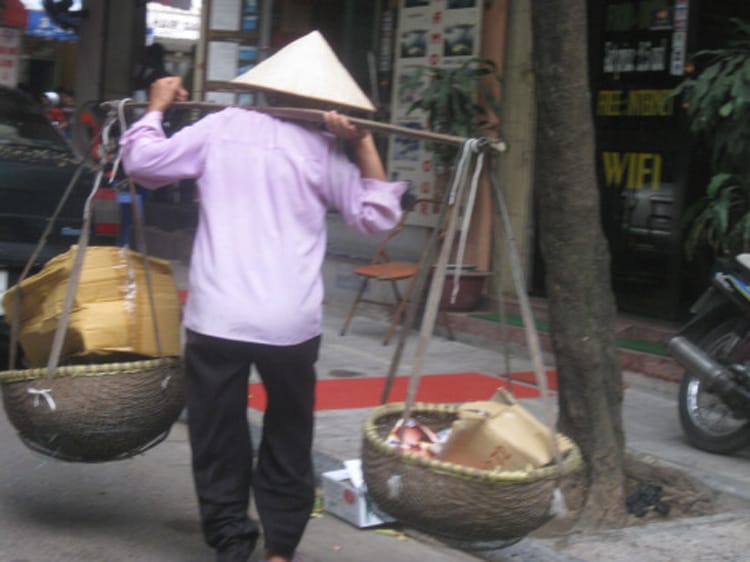 This was definitely on my “Bucket List”. I had longed to go to Vietnam & Cambodia for years. What was stopping me? I had the time … what was I waiting for…so off I went.

What an experience!  I’m not going to sugarcoat the flight time- it was long – approximately 22 hours . After seeing numerous movies and eating many courses of exotic food I finally landed in Hanoi. As I stepped off the flight, the biggest smile on my face, I realized a dream come true. The bustling airport, followed by my transfer to the Sofitel Metropole in the city of Hanoi, I was astounded by the many motorbikes on the road. It was magical. The city zooming past me with the merging of the old and new.

My tour started in the North. The route I took included Hanoi, Halong Bay, Hue, Hoi An , Saigon and ended in Siem Reap Cambodia. Each city with its certain flavor.  The Tour Company I used, Trails of Indochina, was the best in this part of the world. The tour guides were knowledgeable and engaging and made the trip a most memorable experience.

We made the trip from Hanoi to Halong Bay (approximately 3.5 hours) by motor coach. Once we arrived we boarded a boat, a deluxe junk – Jasmine – for a night’s stay. What a treat! The bay was magical with thousands of limestone islands rising from the waters. Our cabins were comfortable and the service was outstanding. Once I was settled a group of us went for a kayak trip through caves which brought us to a grotto so serene and peaceful- I was in heaven on earth. The sounds of the various birds and monkeys were such a delight. The next morning, rising very early, I went to the deck where I saw a dramatic sunrise amidst the mountains. Little fisherman boats were already on the bay for the morning hauls. Ahhhh! 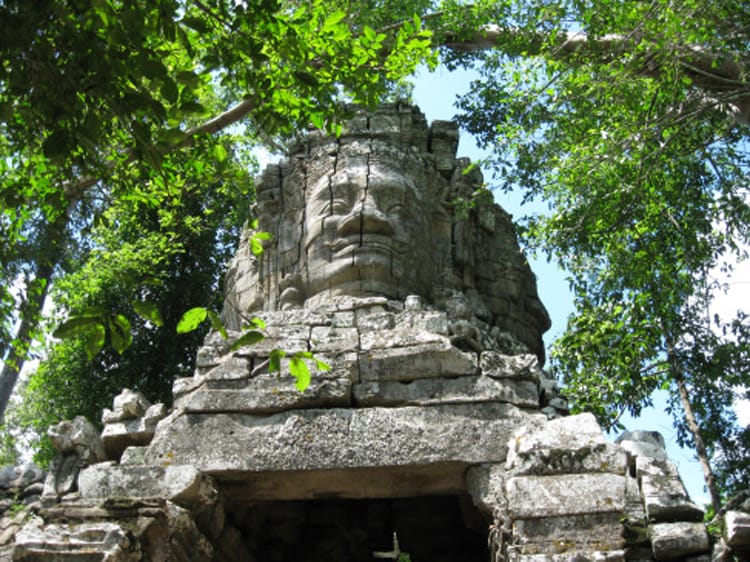 That afternoon we boarded a flight to Hue. Hue served as an imperial capital to the Nguyen Lords, a feudal dynasty which reigned from the 17th century to 19th century. The splendid emperor’s tombs, ancient pagodas and the remains of the Citadel, the city retains its Royal Charm. Our hotel, La Residence, was astounding. The massages that are offered are a bargain and the grounds superb. Again, service was outstanding.

Then on to Hoi An. We took a motor coach via Danang. The countryside was so beautiful and interesting as we passed through rice paddies and small villages. Hoi An was a prosperous trading port between the 17thand 19th century.  Today, this World Heritage listed ancient town has well-preserved buildings, pedestrianized streets and unique cuisine. One can also have custom-made clothes made for terrific prices and high quality in 24 hours.   I stayed at the Nam Hai located on the China Seas. The décor and landscape were magnificent with villas boasting their own private endless pools.

We boarded a flight to Saigon , a bustling town where a 2 hour drive will take you t the CuChi tunnels. I attempted the crawl through these tunnels but beware, it’s not for the faint of heart – but extremely interesting part of history. That evening, back in Saigon City, we had dinner at the former Ambassador to Vietnam Mr. Henry Cabot-Lodge home. Our Hotel, Park Hyatt, was again, superb and the service – amazing.

My final destination, Siem Reap , Cambodia. The flight time took about an hour from Saigon. When I first arrived at my hotel  – Amansara – the music that greeted (monks chanting) me was so peaceful I felt this was an appropriate place to end my stay. The ruins of Angkor Wat, Anghor Thom  and Ta Prom were so fascinating. It was unbelievable! I took and elephant ride through Angkor Thom and felt I was transported back in time. The last day of my trip I had a “Water Blessing” by a monk which was, by far, the highlight of my stay.

My journey to Vietnam and Cambodia was everything I had dreamed it would be.  I will always remember and be thankful to  the people, their graciousness & hospitality that I experienced. This is truly a trip I would recommend highly